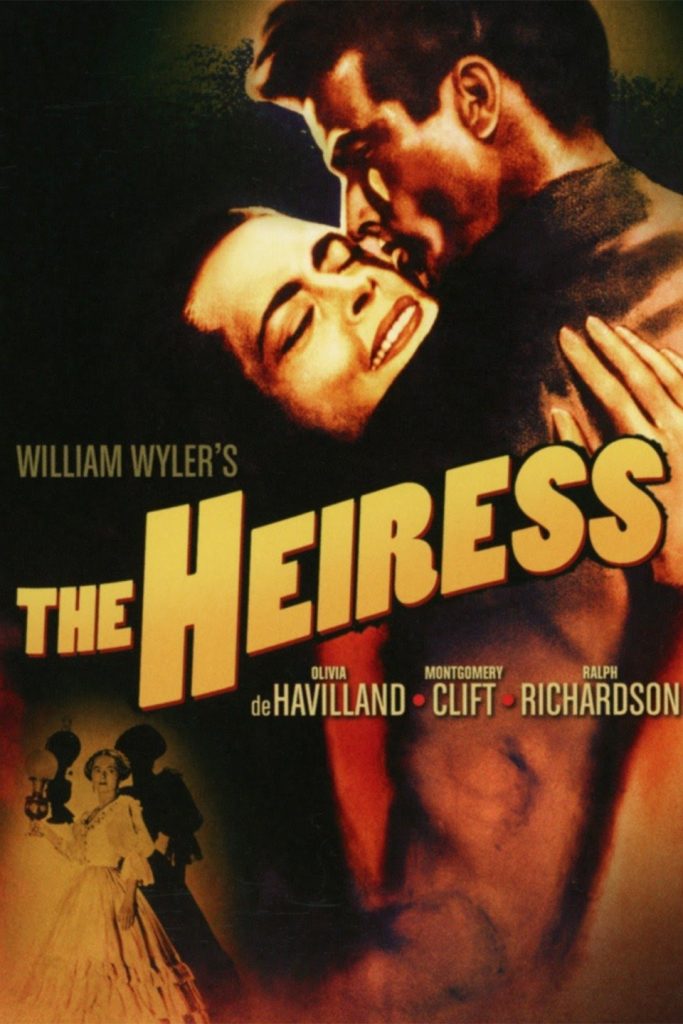 A William Wyler film, released in 1949. The central themes are women, money, power, and cultural progress. Faithful to the male fantasy of post-World War II, the role of men rescuer and the women are passive, naïve, and in need of rescue.

The film opens with Catherine as an awkward young woman, of marrying age. In a confrontation with her father who questions her suitor, Morris Townsend’s, intentions. Dr. Sloper suspicious that Morris Townsend is only interested in Catherine because of her inheritance and not her love. Speaks to the oldest conflict among fathers and daughters, how to father will let go of his daughter and allow her to become a fully functioning adult. As an act of coercive control, gives her an ultimatum, her inheritance or Morris’ love. She can’t have it all. Exploring the oldest form of intimate relationships is pure love worthy if there is no money attached to it. As Catherine emotionally matures into a woman she gains her voice, no longer seeking her father’s approval and endorsement. Only succeeds when she accepts his lack of love for her. Lavina’s contrasting character is positioned to illustrate the traditional role of women. Valuing a man’s love over all other self-identifying values. Play’s matchmaker is desperate to marry Catherine off under any circumstance.

Bazin argues, “The composition of his image is in no sense pictorial. It adds nothing to the reality. It does not deform, it, it forces it to reveal its structural depth, to bring out the preexisting relations which become constitutive of the drama.” (Braudy, Cohen, 45) We see throughout the film Catherine working on an embroidery sampler. She works on a single piece throughout the film, which serves as a motif of her maturing. As the narrative develops, so does the embroidery piece.

The camera cuts between Morris banging on the door to Catherine finishing her needlework. In the closing scene, she takes revenge by tricking Morris into believing she will marry him after heartache. It concludes with him knocking on the door and Catherine ordering the maid not to answer the door.

Lavina convinces Catherine to answer the door and asks how cruel she can be. Catherine, in a high angle, closes up replies, “I learned from the masters.” Implying she learned from both her father and Morris. At the end of the scene, Catherine has completed her embroidery and promises not to work on another embroidery piece again and goes upstairs to bed while Morris is banging the door in desperation.

A coming-of-age feminist film where the passive woman becomes active in the decisions for her life upon her father’s death. 1949 audiences would only accept a narrative where all men in her life betrayed her. Men wouldn’t encourage women’s equality of socioeconomic power.