Why should you know some of the crucial film theories, and who is the theorist? In this article, we are discussing the importance of knowing four theorist and their theories. We will explore Dziga Vertov’s The Keno Eye, Lev Kuleshov’s Kuleshov Effect, and The Montage by three theorists: Sergei Eisenstein, Vsevold Pudovkin, and André Bazin, and finally Andrew Sarris’s Auteur Theory. 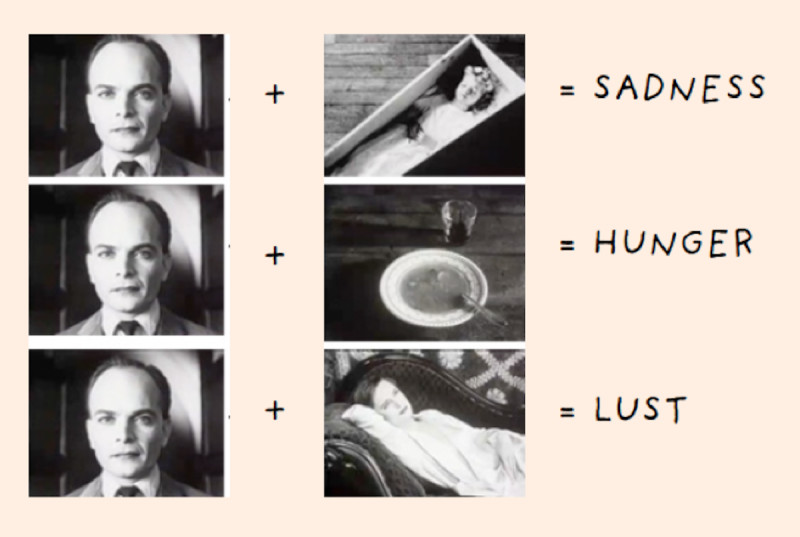 Dziga Vertov was a Russian filmmaker in 1923, I am Kino-eye, I am a mechanical eye. I, a machine, show you the world as only I can see it.” His famous film is A Man with a Movie Camera. “I am an eye. A mechanical eye. I am the machine that reveals the world to you as only the machine can see it. I am now free of human immobility. I am in perpetual motion. I approach things, I move away from them. I slip under them, into them. I move towards the muzzle of a racehorse. I move quickly through crowds, I advance ahead of the soldiers in an assault, I take off with airplanes, I fall on my back and get up at the same time that the body falls and gets up. This is what I am, a machine that runs in chaotic maneuvers, recording movement one after the other, assembling them in a patchwork. Freed from the constraints of time and space, I organize each point to the universe as I wish. My route is that of a new conception of the world. I can make you discover the world you did not know existed.” – Dziga Vertov, Kino-Eye Manifesto (1923). (International Silent Classics.)

What does this mean? 1923 was the industrialization of Russia and he was drawing on his observations of the impact industrializations have on society. The impact the moving image has on his ability to communicate his lived experience with a larger audience. For Vertov, it was freedom and expansion.

Lev Kuleshov, a 1920s Soviet filmmaker, performed an experiment demonstrating the meaning of shots in sequence can be created entirely through editing. Kuleshov used a close-up of the Russian actor, Moszhukhin’s expressionless face as a reaction shot in three different sequences. The actor is seen “reacting” to a woman in a coffin, a bowl of soup, and a woman laying on a chaise lounge. Audiences viewing the scenes marveled at Moskukhin’s sensitive performance in each situation, through in every instance it was the same close-up. Today, in 2022, we understand that to be a projection of meaning and the individual biases being applied to the scene.

While the power of the editing process shapes the meaning is undeniable, this type of wholesale intervention is a special case. In most narrative films, shots are rarely neutral building blocks as Kuleshov used them, but have been composed to express an idea and tell a story

according to the script. Each shot, together with the accompanying soundtrack, contains narrative and graphic information that predetermines key editing decisions such as the length and order of the shots. This view of editing emphasizes the director’s and the writer’s roles in shaping the storytelling logic that provides the basis for any decision the editor
makes. Storytelling logic refers to the structure of the shots, sequences, and scenes. Structure controls the order in which the story information is given to the viewer. It is important to the storytelling process as the actual information being presented.

Those who consider the film to be a language often rely on the analogy between the word and the shot. Stinging words together doesn’t produce an intelligible discourse, and most theorists agree that stringing separate photographic shots together will not produce intelligible visual works of art. Both Eisenstein and Pudovkin asked what more can film can do beyond the ability to photograph reality. They were asking how to expand film language beyond the analogy between the word and the shot. Their answer was the montage. The art of combining pieces of film or shots into larger units —- first, the scene, then the sequence, and finally the complete film.

The soviet directors took examples of D.W. Griffith, the great American director of Birth of a Nation and Intolerance discovered the montage and fluid integration of the camera’s total range of shots, from extreme close-ups to distant panorama, in order to produce the most coherent narrative sequence, the most systematic meaning, and then most effective rhythmic pattern.

Eisenstein viewed montage as a collision or conflict between shots and its successor. His view was that each shot held potential energy that can be displayed itself in purely visual terms. The visuals included the direction of movements, the volume of its shapes, the intensity of its light, etc. He drew upon the principles of physics, as the potential energy became kinetic when the first shot collided with the succeeding ones. Two shots can produce a conflict in their emotional content (happy versus sad), in their use of illumination (dark versus light), in the rhythms (slow versus fast), in the objects (large versus small), in their directions of movement (right versus left), in their distance (close-up versus far shot), or in combination. In his films, this conflict produced the tense, violent rhythms that became an Eisenstein trademark. The conflict within Eisenstein’s films he took as an expression, in the realm of images, of the Marxist dialectical principle. Eisenstein maintained that just as meaning of a sentence arises from the interaction of its individual words, cinematic meaning is the result of the dialectical

interplay of shots. The conflict of the shots he emphasizes as distinct from a mere linking of shots distinguishes him from his colleague, Pudovkin. Pudovkin’s view of montage as a method of building, of adding one thing to another, is not merely of theoretical interest. His theory produced more realistic narratives, with a more deliberate, calmer pace.
Like many theorists, Eisenstein came out of the silent era and was uncomfortable with the addition of synchronized dialogue. The silent films always utilized synchronized sound effects and music. Eisenstein saw the potential of sound as a vehicle to create even greater precision and complexity. He rejected dialogue as being incomplete with the proper use of montage.

Andrew Sarris coined the term Auteur Theory, 1962 in his article in Film Culture, introducing the type of criticism (la politique des auteurs) already prominent in the Cahiers du Cinéma to American film discussion. Sarris credits many of his colleagues and including his critics for aiding in the development of his theory. Truffaut emphasizes that the auteur theory was merely a polemical weapon for a given time and given place. Sarris credits Cahiers for the original formation of an idea that reshaped his thinking on the cinema. He questions how the auteur theory differs from a straightforward theory on directors. Ian Cameron’s article “Film, Directors, and Critics.” In Movie of September 1962, makes an interesting comment on this issue: “The assumption that underlies all the writing in Movie is that the director is the author of a film, the person who gives it any distinctive quality.” However, Cameron continues: “On the whole, we accept the cinema pf directors, although without going to the farthest-out extremes of the La Politique des auteurs, which makes it difficult to think of a bad director making a good film and almost impossible to think of a good director making a bad one.”

The three divergent critics like Bazin, Roud, and Cameron make essentially the same point about the auteur theory suggests a common fear of its abuses. I believe there is a misunderstanding here about what the auteur theory claims, particularly since the theory itself is so vague at the present time. First, the auteur theory, at least as I understand it and now intend to express it, claims neither the gift of prophecy nor the option of extra cinematic perception. Directors, even auteurs, do not always run true to form, and the critic can never assume that a bad director will always make a bad film.

What is the auteur theory? Itself is a pattern theory in constant flux. It has three premises and can be visualized in three concentric circles: The outer circle as technique: the middle circle as personal style: and the third the inner circle, interior meaning. The corresponding roles of the director may be designated as those of a technician, a stylist, and an auteur. It is not a prescribed course by which a director passes through the three circles.

• The first premise and outer circle: The technical competence of a director as a criterion of value. A badly directed film or undirected film has no importance in a critical scale of values, but one can make interesting conversation about the subject, the script, the acting, the color, the photography, the editing, the music, the costumes, the décor and so forth. That is the nature of the medium. Without talent

who didn’t make it.

The third premise and the inner circle: This is the ultimate premise of the auteur theory is concerned with interior meaning, the ultimate glory of the cinema as an art. Interior meaning is extrapolated from the tension between a director’s personality and his material. This conception of interior meaning comes close to what Astruc defines as mis en scène, but not quite. It is not quite the vision of the world a director projects nor quite his attitude toward life. It is ambiguous, in any literary sense, because part of it is embedded in the stuff of the cinema and cannot be rendered in noncinematic terms. Truffaut has called it the temperature of the director on the set, and that is a close approximation of its professional aspect. Dare I come out and say what I think it to be in an élan of the soul?

The corresponding roles of the director may be designated as those of a technician, a stylist, and an auteur. (Sarris)

This is the mission of The Video Mentor, is to make the language of film accessible to organizations and businesses that are making or interested in creating in-house videos. When you are producing your in-house videos, the outcome is something worthy of an audience’s time to watch and listen. Utilizing the film language, the theorist was wrestling with both informs and entertains.

We limited our discussion on montage to Eisenstein and Pudovkin and did not include Bazin who agreed that dialogue and montage are incompatible, and regards synchronized speech as a necessary and proper development. His thoughts on dialogue were that it returns film to the rightful path from which montage and silence diverted it and film image ought to reveal reality whole and not cut into tiny bits. Bazin draws from the cinematic method mise en scène, which combines composing with the camera and staging an action in front of it. There is much to say about André Bazin and that will be left for future work.

The Video Mentor is dedicated to the education of filmmaking and its accessible to all. Admittedly, diving into theory can become a bit esoteric in nature, but understanding the theories’ observations collapses the space between amateur videos and videos with cinematic qualities.

Brainz Magazine
Rene Estes2022-06-28T00:29:11+00:00
Page load link
Manage Cookie Consent
To provide the best experiences, we use technologies like cookies to store and/or access device information. Consenting to these technologies will allow us to process data such as browsing behavior or unique IDs on this site. Not consenting or withdrawing consent, may adversely affect certain features and functions.
Manage options Manage services Manage vendors Read more about these purposes
View preferences
{title} {title} {title}
Go to Top